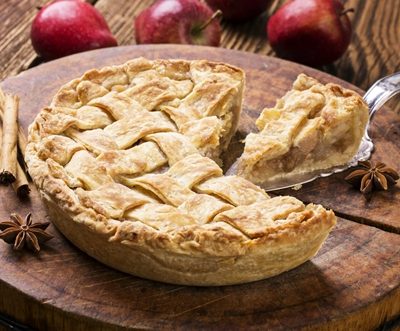 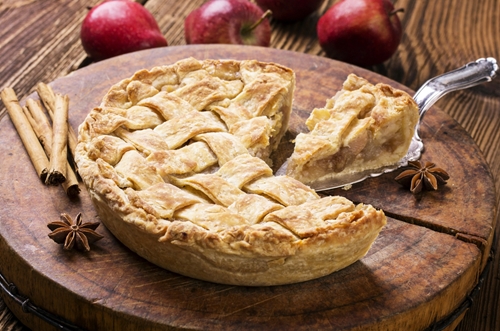 If you want to make a tasty dessert that’s not soggy or too crumbly, the first step is learning how to make a proper pie crust. Perfecting this skill can take a little time, but with a few helpful tips, you’ll learn a lot faster—which means you can show up at family gatherings with pies that will impress everyone. Get tips to make prepping pie crusts a lot easier. 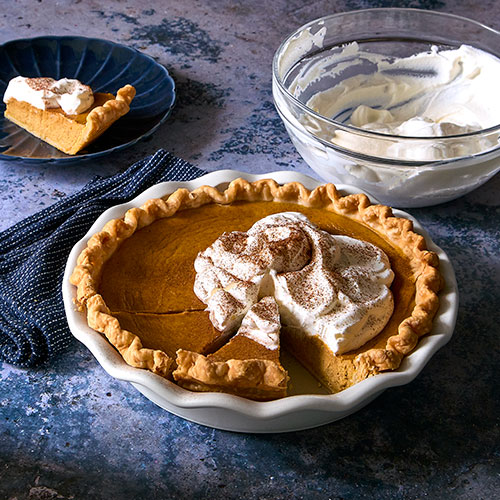 Tips for a Traditional Pie Crust

Lots of pies call for a traditional crust, so knowing how to create a homemade version will give your desserts an extra dose of deliciousness. Preparing dough for a homemade pie crust can be difficult though. If it gets too warm, the butter may melt. But if it’s too cold, it can be hard to roll out. Instead of struggling with your pastry, remember to do these three things:

1. Keep the Butter Cold
Cold butter = flaky crust! Keep the butter refrigerated or even frozen until you’re ready to put it in your pastry. If you can see little chunks of butter in your dough, you’re on the right track! Those pieces leave behind little air pockets in your pastry after the butter melts in the oven, producing that perfectly flaky pie crust worthy of a magazine cover.

2. Let the Dough Chill
Chilling your dough for at least an hour will help the butter stay firm. As you’re making the dough, the butter will start to come to room temperature, which will make it soft. Avoid this problem by keeping the dough cool throughout the process. If it gets too sticky as you’re rolling it out, put it back in the fridge.

3. Leave the Oven Shut
It’s tempting to open the oven to check on your dish. But every time the door opens, you’re releasing more than delicious smells—you’re releasing heat! That means it will take your pie longer to cook and can even affect the flakiness and shape of your finished pie. Be strong and resist the urge to peek!

Making a pie crust from scratch can give you a sense of accomplishment. But let’s be honest—it’s a lot of work. Sometimes all you want is a recipe that’s quick but still looks homemade. Welcome the cinnamon-roll pie crust!

The simplicity of this recipe will have you whipping a pie together every time you have company and kids will love it, too! They won’t be able to get enough of this crust, and it’s so basic you only need five ingredients to make it:

Directions
Step 1: Roll your dough on a slightly floured surface. It should be a nice circular shape already, so you don’t have to do too much work (yay!).

Step 2: Next, melt the butter and mix it with the sugar, cinnamon, and vanilla. (Feel free to do a taste test of this sugary concoction to make sure it’s up to scratch, then proceed.)

Step 3: Spread the cinnamon mixture evenly over the dough with a basting brush or spoon.

Step 4: After the mixture is evenly distributed, roll the dough into a tight spiral like you’re making pinwheel cookies. (Another delicious dessert to consider making in the future!)

Step 6: Start layering the cinnamon roll pieces in a pie plate, letting them overlap a little. Gently press down on the areas where the dough overlaps to seal the rounds together. Repeat until the entire pie plate is covered.

Step 7: Use a fork to crimp the edge of the crust. Voila! You should have a beautiful cinnamon-roll pie crust. Take a moment to admire your handiwork.

Step 8: Place the finished crust in the fridge to chill before adding the filling and baking it.

Here are a few ideas that will make preparing this crust so much easier!

1. Choose Your Base
If you want a really easy version of this recipe, use a store-bought pie crust. It won’t be fully homemade, but since you’re taking extra steps for the cinnamon-roll effect, you deserve a shortcut.

2. Use Helpful Tools
When you’re making your cinnamon-roll pie crust, use a sturdy rolling pin to flatten the dough. After the pastry has been laid out, spread the cinnamon mixture over the top. Use a brush to spread the mixture evenly over the dough.

You can use cookie cutters to make fun embellishments and designs on the top of your crust.

3. Add a Complementary Filling
What kind of filling goes with this type of crust? Several, actually! Think of flavors that pair well with cinnamon—like apple or even pumpkin. Add these fillings into your crust for a fun twist on holiday favorites.

No matter which filling you choose, when you slice into your pie, the cinnamon swirls decorating the crust will make everyone think you spent hours preparing this fantastic dessert. You can enjoy the praise,  knowing it only took you about 15 minutes to throw together. You rock!

Not a cinnamon-roll fan? No judgment: You can have just as much fun with your pie crusts using cookies instead. You’ll only need three ingredients, and it’s not nearly as delicate as regular dough.

Directions
Mix all of the ingredients together in a bowl until the crumbs are moist, and then pack them firmly into a pie plate. That’s it!

1. Choose Your Cookie Crumbs
The ingredient “cookie crumbs” may seem vague, but it’s because you can use just about any type of cookie! You can use graham crackers, vanilla wafers, gingersnaps―you name it!

2. Use a Food Processor
The best way to crush up your cookies of choice is with a food processor. You’ll be able to break up your cookies a lot faster and mixing the ingredients together will only take a few minutes. Your ingredients should look like a bowl of crumbs, so don’t hold back when using this tool.

3. Pack It Tight
Push the crumb mixture firmly into your pie pan. The crust needs to be tightly packed down so it stays together. If your crumbs are too loose, the crust will fall apart when you slice into your pie. When you’ve got your crust tightly packed, add your favorite filling. Try key lime, banana cream, or chocolate pudding for truly delicious results.